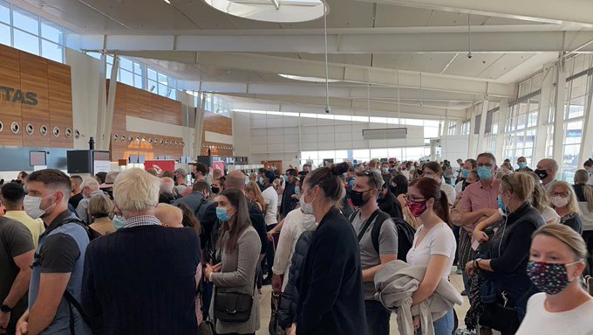 Adelaide International Airport in Australia was temporarily evacuated because of a security issue, which led to flights being delayed after major queues formed in the main terminal.

The evacuation began after a security system failure allowed people to enter the terminal without being properly screened. The Australian Federal Police (AFP) said a “small number of people” passed through a “non-functional” security detector, describing the problem as a “minor systems outage”. As a precaution, all passengers and staff were evacuated from the terminal while a security sweep was done.

A similar incident occurred at the airport in December 2019, when the main terminal was evacuated due to what authorities described as a “security fault” that required passengers to be re-screened.