Solider arrested for bringing a Gun onto a plan 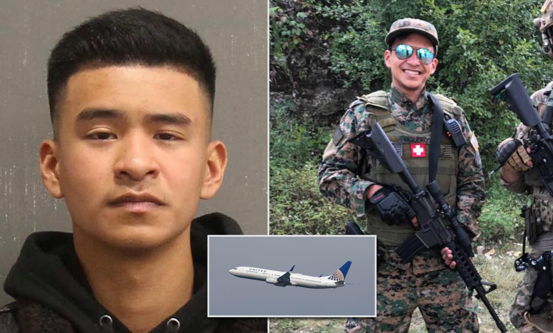 23 May Solider arrested for bringing a Gun onto a plan

A soldier who went AWOL from a Kentucky military base was busted for allegedly impersonating a law enforcement officer with a gun on a United Airlines flight, according to federal authorities.

Jaidan Raine Higueros — who had left the Fort Campbell Army base near Hopkinsville without approval  — falsely claimed to be transporting the 9mm Glock to the FBI on the Feb. 15 flight from Chicago to Nashville, according to a criminal complaint filed Monday in Tennessee.

“During the flight, Federal Air Marshals on board noticed Higueros acting suspiciously. The [marshals] determined that Higueros was carrying a loaded firearm inside a duffle bag in the passenger compartment of the aircraft,” the complaint states.

The incident allegedly took place on United Airline flight 1284 from Chicago O’Hare Airport to the Nashville International Airport. When the flight landed in Nashville, Higueros was arrested and charged with impersonating a US officer and carrying a weapon on an aircraft.